Can You Plagiarize Yourself

Traditionally, self-plagiarism was not considered a breach of academic integrity. After all, plagiarism is stealing other people’s intellectual property. How can you steal your own work? Therefore, it is not surprising that many students feel they can reuse their previous papers. As a student, you do not have publications, so you will not be infringing on any copyright laws when you plagiarize yourself. You believe it is harmless. Occasionally, you are tempted to revise a paper you submitted for one course and present it as a new paper for another course. While plagiarizing your own work may not be considered as serious as stealing someone else’s work, it still undermines academic integrity. This article will help you understand what it is, why it is wrong, and how to avoid it.

Use our essay help for students to get unique content and avoid self-plagiarism.

Plagiarism can be described as the act of presenting a product or an idea obtained from an existing source as an original. Therefore, if you reuse portions of your existing work or repurpose the whole paper, that counts as plagiarism.

In simple terms, self-plagiarism occurs when an author reuses one’s own work without letting the reader know that the material has appeared elsewhere. 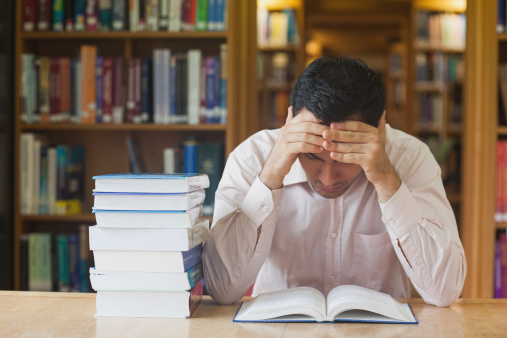 Examples of Self Plagiarism

Now that you understand what self-plagiarism is, what exactly does it involve?

Self-plagiarism can occur in the following ways:

Copying and pasting the contents of your previous work for another assignment is self-plagiarism, even when the material is meant for a different course.

Revising your previously submitted paper to present it as new also counts as plagiarizing yourself.

It is important to note that it does not matter whether the paper is published or unpublished. As long as the work was submitted, reusing and repurposing it is plagiarism.

Paraphrasing or copying portions from your previous work

Reusing parts of your already submitted paper or group project is self-plagiarism.

Recycling information that was collected previously

Reusing old data, graphs, code, and designs you submitted in a previous paper for a new study is a form of self-plagiarism. It is considered academic dishonesty.

Researchers often experience dilemmas on how to publish research articles from a large data set. The American Psychological Association (APA) provides guidelines addressing the issues and gives recommendations. But you can order Research Paper Help online.

In family psychology, for example, researchers should only publish multiple articles:

As a student, expanding on your previous ideas by treating yourself as the author of an unpublished paper is self-plagiarism. It may be controversial, but instructors agree that self-citation should be used sparingly. Citing your own work is not advisable because you are not an expert. If you are an undergraduate, refrain from citing your own work. Defend your arguments using the work of scholars. For graduate students, talk to your instructors beforehand.

Need to Write a Perfect Essay?

Why is self-plagiarism wrong?

Many institutions recognize self-plagiarism as an academic offense. Universities and colleges view it as cheating and treat it as an examination irregularity. It is easy for institutions to catch self-plagiarizing students since submitted assignments remain in the databases. When you resubmit the assignment, it is flagged as plagiarized, and you’re investigated for committing academic fraud. Students found guilty of self-plagiarism are disciplined according to their institution’s policies.

Some institutions take harsh disciplinary action, and you may be wondering why. To most students, reusing their work seems harmless. However, self-plagiarism: 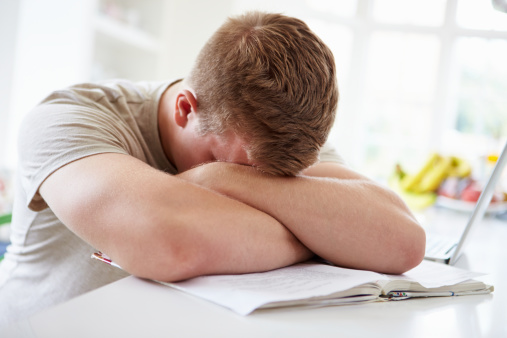 Self-plagiarism is unacceptable, whether intentional or unintentional. The first step to avoiding it is understanding how it occurs. You have learned that self-plagiarism occurs when two conditions are met:

That means you can reuse your work without plagiarism, as long as you let the reader know. I  have identified six tips that will guide you in avoiding self-plagiarism. They include:

In academic writing, you must cite the sources of your ideas and information. The same rule applies when you’re expanding on your previous work. Self-citing upholds academic integrity. It also allows the reader to locate the source for more information. Make sure to cite yourself in the text and add the complete reference to the reference list. You can cite yourself by following the relevant formatting guidelines of the paper. The various formatting styles applicable include the APA, MLA, Chicago, Harvard, and AMA styles.

Citation rules also require that a student uses quotation marks for direct phrases. You should ensure that you borrow little information to show the development of knowledge. Too much self-citation is not appropriate. Paraphrasing and summarizing information are preferred over copying and pasting. They show that the learner understood the content. It is important to remember that paraphrasing should be cited too if the ideas are from your previous work. Otherwise, it is still plagiarism.

It is not advisable for undergraduate students to cite themselves because they lack expertise in the subject. However, graduate students can get away with it. For example, when conducting a study related to previous research they did. The students should consult the tutor to obtain explicit permission. Even with the tutor’s permission, acknowledging the source of information by citing yourself is necessary.

Sometimes, self-plagiarism can be unintentional. It can be avoided by having peers review your paper. If you are suspicious that the ideas presented in the paper sound too similar to another submission, have a friend read both papers. Let them advise you on the next right step. If the papers turn out to be similar, you can write another paper. You can also retain the current paper but cite yourself.

Developing original content rather than paraphrasing your previous work

We identified that students who want an easy way out of assignments result in self-plagiarism. It is particularly common when students encounter similar units. You decide to use your previous excerpt or even the whole paper if it is transferable to the current assignment. Avoid this behavior to keep away from academic disciplinary action. Plan yourself early. Allocate sufficient time for your assignments and develop authentic content. Generating original information shows that learning has occurred. However, if you are too busy, Essaybrother writing service is available for all your assignment needs. You are guaranteed a high-quality paper without jeopardizing your academic future.

If you have followed these tips and want to ensure that your paper is not plagiarized, you can use similarity-detecting software. Software like Turnitin will screen your paper against publication submissions and detect potential plagiarism. If your institution uses Turnitin, it will also detect when your current paper is too similar to the previous submission. Go through the similarity report and edit areas with high plagiarism. Aim for a similarity score of less than 10%.

The American Psychological Association’s Publication Manual, the Editor’s Handbook, and the open letter to authors recommend that authors let the readers know when multiple articles result from the same research. The author should also clearly stipulate in the cover letter to the editor that the research article is from one of several from the same study. They also recommend that for articles using the same data set, one should be considered the primary and the others secondary. The primary will be referenced as the source of details for the methodology of the study. They suggest that the papers have consecutive roman numbers identifying them. For example, the primary article’s title will end with an “I,” the secondary articles “II,” “III,” etc. As a graduate student, understanding how to publish separate journal articles from the same research will help you avoid self-plagiarism.

Are you thinking of plagiarizing your previous work?

We understand that student life can be very stressful. You have classes to attend and assignments to complete. You also have exams to study for, a social life to maintain, and a job or a business to run. All these for one person can be overwhelming. You might not have the energy or time to dedicate to writing original papers. However, do not plagiarize your previous work. Avoid the unpleasant consequences of self-plagiarism by taking advantage of our team of experts. Essaybrother has the best professional college paper writers to handle all your assignment needs. We will write you an authentic paper devoid of plagiarism. We will also share a free similarity report at your request to verify the originality of the content. Reach out to us today for assignment help or in case of any questions.

Can you plagiarize your own work? Yes. Reusing portions of your previous work or the entire paper without letting the readers know is self-plagiarism. It is considered an academic offense and is punishable depending on different institutional policies. You can avoid self-plagiarism by developing original content instead of paraphrasing your previous work. However, you can consult the tutor if you have to refer to your previous paper. After getting the instructor’s express permission, paraphrase the content. Do remember to cite yourself. When in doubt about whether you are plagiarizing yourself, you can have a peer review your work and compare it to the previous paper. Utilizing plagiarism-checking software like Turnitin can also help you detect any potential plagiarism. But you also can use our free plagiarism checking tool to check your paperwork. And if you are a graduate student publishing your manuscripts, follow the APA recommendations to avoid infringing on any copyright laws.

Article was written by Nadiia K

Hi, I’m Nadiia! I am professional academic writer and researcher, with almost 20 years of experience. I always do my best when working on any order, approach the writing of each work as if it were my own research, apply multidisciplinary method if appropriate. The highest quality and originality of papers is guaranteed. I’ve Got the Essay
In Just 3 Hours!